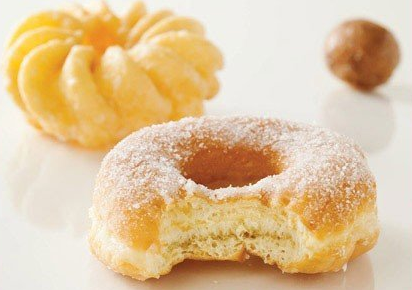 I’ve been taking the U-Bahn to work for the last few days as my bike has been broken, so every day I get to walk passed the IPP library. Prominently displayed on a little stand, all alone in the middle of a table, was a new book with the bold title “The Future of Fusion Energy”. My interest was piqued, even more so as the book is written by two fusion researchers [Jason Parisi and Justin Ball] rather than science journalists – I was interested to see how they tried to make this complex topic accessible to the general public.

I was immediately struck by two quotes on the back cover.

“This book explains with astonishing clarity the science, technology and politics behind the greatest quest of our time — fusion energy. It is a delight to read.”

“Excellent for the reader who wants to understand the fusion quest.”

Not bad – those are two pretty big names in nuclear fusion. I see I’m going to have my work cut out writing anything that has much impact compared to that, but here goes.

The book starts with a longish introduction on various methods of electricity production, from fossil fuels to solar power, wind, and nuclear fission. It pays homage to Sustainable Energy Without the Hot Air, one of my all time favourite books from one of my all time favourite lecturers, the now sadly late Dave MacKay. This is available for free online and you should read it. One key take away – Fusion cannot play a short term role in solving our climate crisis. With nuclear regulation and construction time, it is impossible for fusion reactors to put energy on the grid within ten years. We need other solutions now – fusion is for later.

I skipped over the basic plasma physics section, but skimming through it seemed very readable, equation light and accessible. Good work. No one likes charged particle drifts.

Then onto the history. I became a big fan of fusion history when I was at the Princeton Plasma Physics Lab, which after all had one of the earliest prototype fusion reactions back in the 1950s, the Model A stellarator. This section didn’t have many surprises for me, but it was well written and there was some good stuff on why JET has a D shaped cross section (magnet strength was the actual design driver, the good performance was realised later!)

The section ITER was very short, only 26 pages in a book of 360. Although the content is good, this really was a let down. As the authors point out, this is the premier experiment under construction, and its success or failure will have a huge impact on the field. Given the rather odd final two chapters, I found this surprising – there was space for more content here, and a well written summary would be a useful, accessible reference for many years to come.

The next section is on designing a power plant. This was very well presented, simple and technically interesting. The authors emphasise that there are many challenges to fusion, but this means progress in one area (eg high temperature superconductors) can reduce the requirements in another area, so there are many routes by which fusion could become viable.

I very much enjoyed the next section on alternative fusion concepts and the start up companies that promise energy to the grid in five or ten years. The authors very fairly and impartially review the schemes by Tokamak Energy Solutions, TAE, General Fusion, Lockheed etc. and give their assessment. In particular, they note which companies have a poor track record of engaging with the scientific community, and which have notably failed to meet their goals, Lockheed coming in for an especially good skewering. This should be required reading before investing venture capital in a fusion start up.

I should note, as the authors do, that fusion start ups are very exciting and should be encouraged, but fundamentally they are dealing with physics and engineering and all of the murky constraints those impose. This summary won’t be dated any time soon, as fusion start ups do not tend to make as rapid progress as they initially promise. One notable missing company is First Light Fusion in Oxfordshire, but this is hardly surprising – they are so tight lipped about their plan, it is impossible to evaluate.

The final two chapters seem out of place. The first one is interesting, with a look at how fusion figures into preventing nuclear proliferation. To me this seemed like quite a separate issue from energy generation, and one that could have been dealt with more briefly. The second chapter is on space flight. I have to say I find discussion of travelling to new worlds slightly sickening when we’re so busy trashing the one we have. I don’t have much time for flights of fantasy, and I would’ve preferred more on ITER. Still, this chapter is only nine pages so maybe I’m being too grouchy.

Sadly the physical book feels cheap. The paper is thin, and easily bent, and the illustrations can be seen through the page. The images are printed in very low quality, with blurring from jpeg artefacts evident everywhere. It looks like something you’d get from a vanity publishers or print-on-demand, but the cost for the paperback is £40! Because of this it’s hard to recommend rushing out to buy this, so it’d be better to get it from a library or as an eBook.

The Future of Fusion Energy is an enjoyable book and one of the most accessible and informative I’ve read on the history, present and future of fusion. The authors have done a great job.