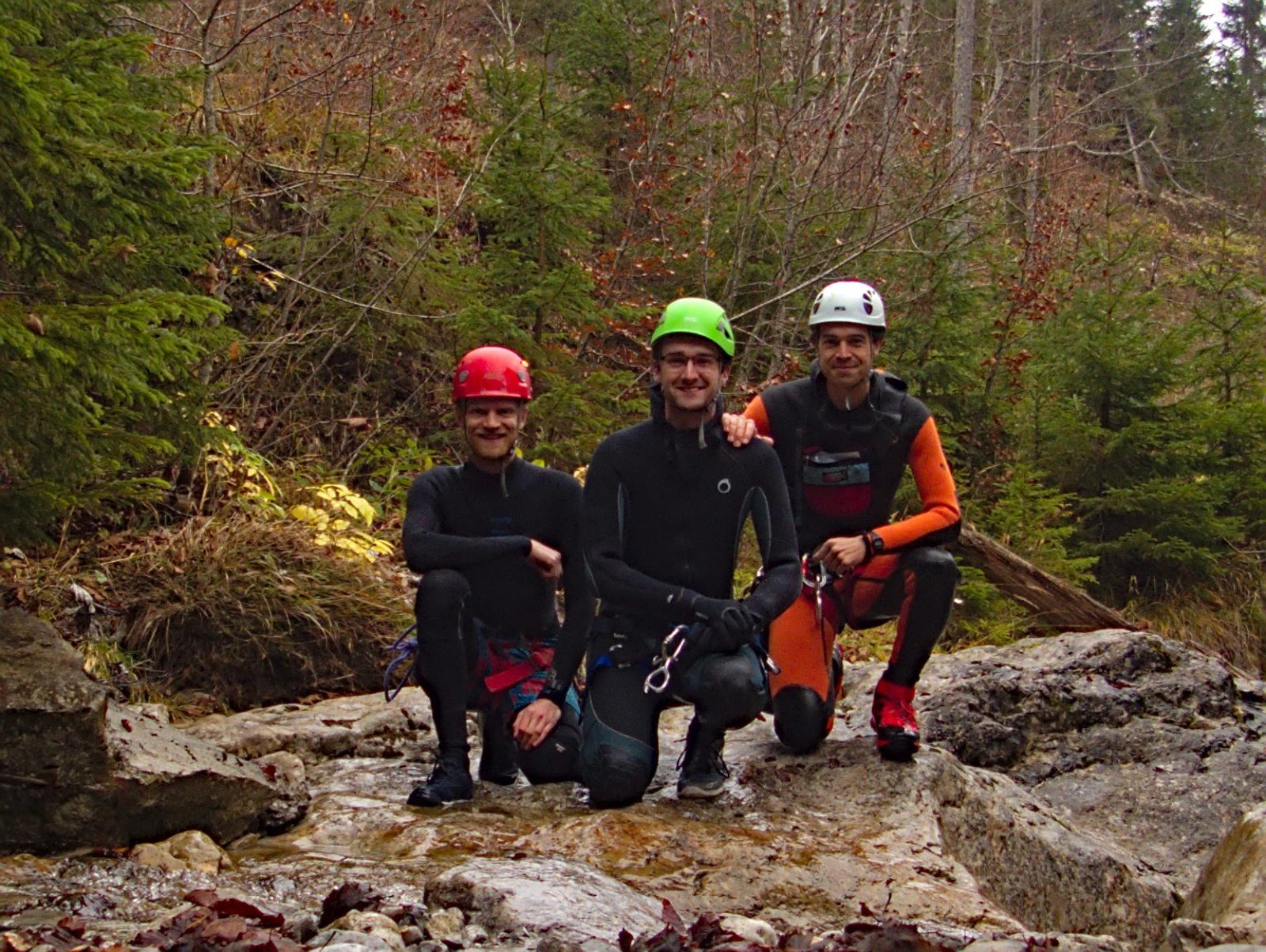 After a long weekend of climbing and scrambling, we weren’t quite feeling our originally planned canyon (Gaisbach, 2.5 hrs walk in with 6 hrs of canyoning). Instead we opted for Taschbach, another “ideal for kids” canyon. It was raining a bit as we set off, but not too cold.

The hike up was brisk – maybe 15 minutes compared to the 45 minutes in the book (probably it is longer if you have kids with you!). We changed under a bridge and looked at the first obstacle. Apparently a 4 m slide, it looked a bit dodgy, but there was no bolt to rig a rope from, so we couldn’t check it from the bottom. Instead it seemed easiest to jump into the deep pool below. This was our first realisation that the water was indeed quite cold.

The canyon is a series of short slides, jumps and pitches. There was nothing truly spectacular about it, but it was good fun. Perhaps an overcast and cold autumn day is not the best setting for it, and quickly Andy and I became quite cold. Alex stayed remarkably warm and cheery, which we suspect was due to his neoprene gloves. We eyed these enviously, but he was too nimble and could easily escape our greedy attempts to steal them.

The canyon was obviously rigged for guided groups, with lots of handlines and ropes back up so that jumps and slides could be repeated. I didn’t make much use of these, as I was feeling a bit cold and sluggish. Towards the end my hands weren’t really working properly, and rigging my descender became difficult. Fortunately, we were soon out and back to the car. Unfortunately, I was too cold to take off my harness or button up my trousers, and needed some help until my hands finally regained feeling. A valuable lesson – canyons can be very cold!

It was very nice to do a short canyon, and Taschbach is close enough to Munich to be worthwhile – it’d be a shame to drive much further for such a short trip. As it was, we stopped in Lenggries on the way back for hot chocolate and cake.