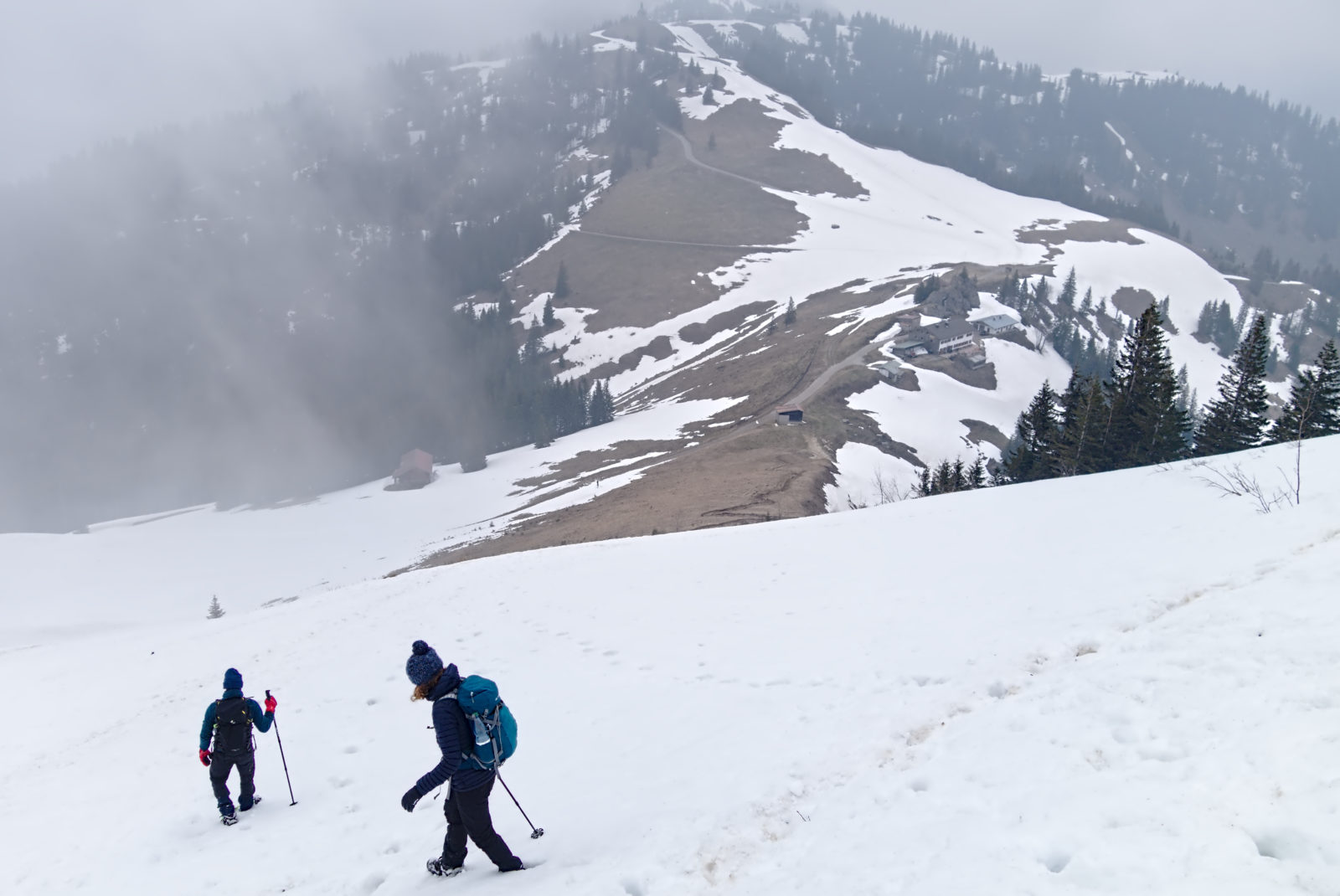 A lovely hike with some lovely people. Imre guided us without any miss steps along a great route, with a snowy ridge and an excellent hut at the far end.

We took the bus to Wildbad Kreuth from Tegernsee, and started to hike along the flat forest road. Soon this clear surface gave way to patchy snow cover on the path, and we began to climb the south side of Grubereck. This steep and winding path led up and up until we paused for first lunch at a hut at 1450 m. After this, the slope was steep and icy, and we struggled up, some with crampons, some with poles, some with both (your dear author) and some with nothing more than brute force and desperation.

With some well kicked steps we got everyone to the top and looked around. There was nothing to see -visibility was poor, and initially we set off along the wrong ridge, before doubling back and finding the right path. We stayed on the top of the ridge, with significant avalanche debris off the east face, keeping away from loose cornices. We had considered taking another route down via Riedlern, as one person in the group did not feel well, but signs at the junction told us that this path was closed due to storm felled trees.

After a while we climbed again, up to Setzberg, where the view improved slightly and we took our summit photo. Then a steep slope down to Wallberg Alm, where I had some delicious Käsespätzle and many people had soup. Then we raced down the hill, easily catching the 1617 bus. What a lovely hike!