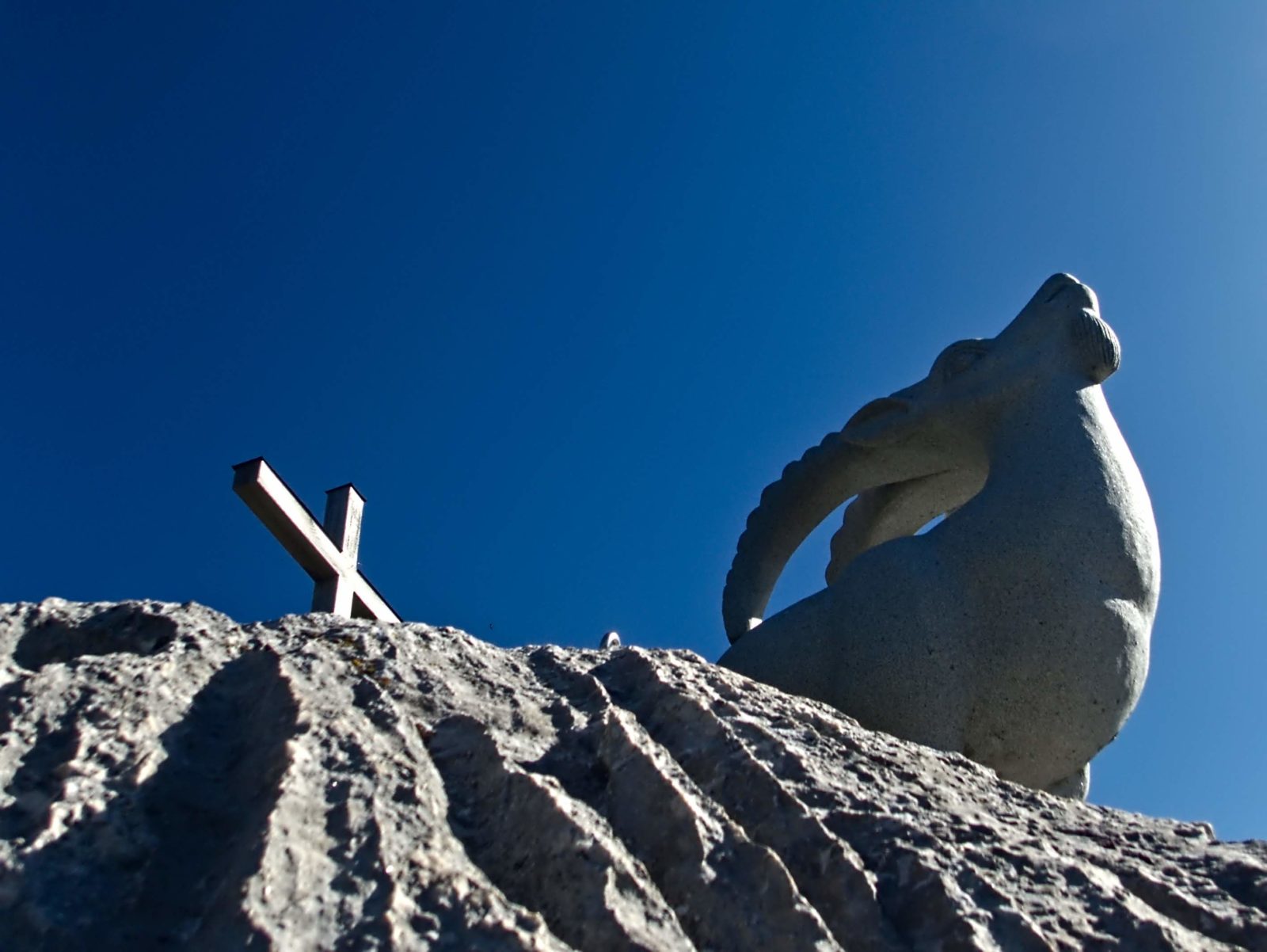 I took Wednesday off to go climbing outdoors with Johanna and Mike. We drove to Lenggries, and took the cable car up to the top to give us more time to climb. First we headed to Gamskopf to warm up, quickly climbing a grade 4- and 5. We then made the mistake of trying a longer 5 that wasn’t very fun, and spent a while getting through that.

Afterwards, exhausted and quite hot after baking in the sun on a south facing wall, we rested in the shade and I ate some incredibly smelly gorgonzola. Suitably refreshed, we headed to Stiealm, and the large selection of cliffs behind. We went straight to the Kindergarten, a wall with many easy routes, and spotted one that looked vaguely multi-pitch. In reality, the second anchor was on a broad grassy ledge, with little prospect of falling, but it still gave us change to practice belaying from above.

I lead a long 6- route called Nebenjob, which was really fun – a relatively blank slab, with a few excellent holds and lots of big moves in between to link them. At the top I set up to belay and Johanna and Mike quickly made it up. We admired the view, and then descended to do one more quick route before heading down to the car as the sun set.

A glorious day of outdoor climbing, and my first time leading sport outdoors! Here’s hoping I can squeeze in more climbs before the season ends.