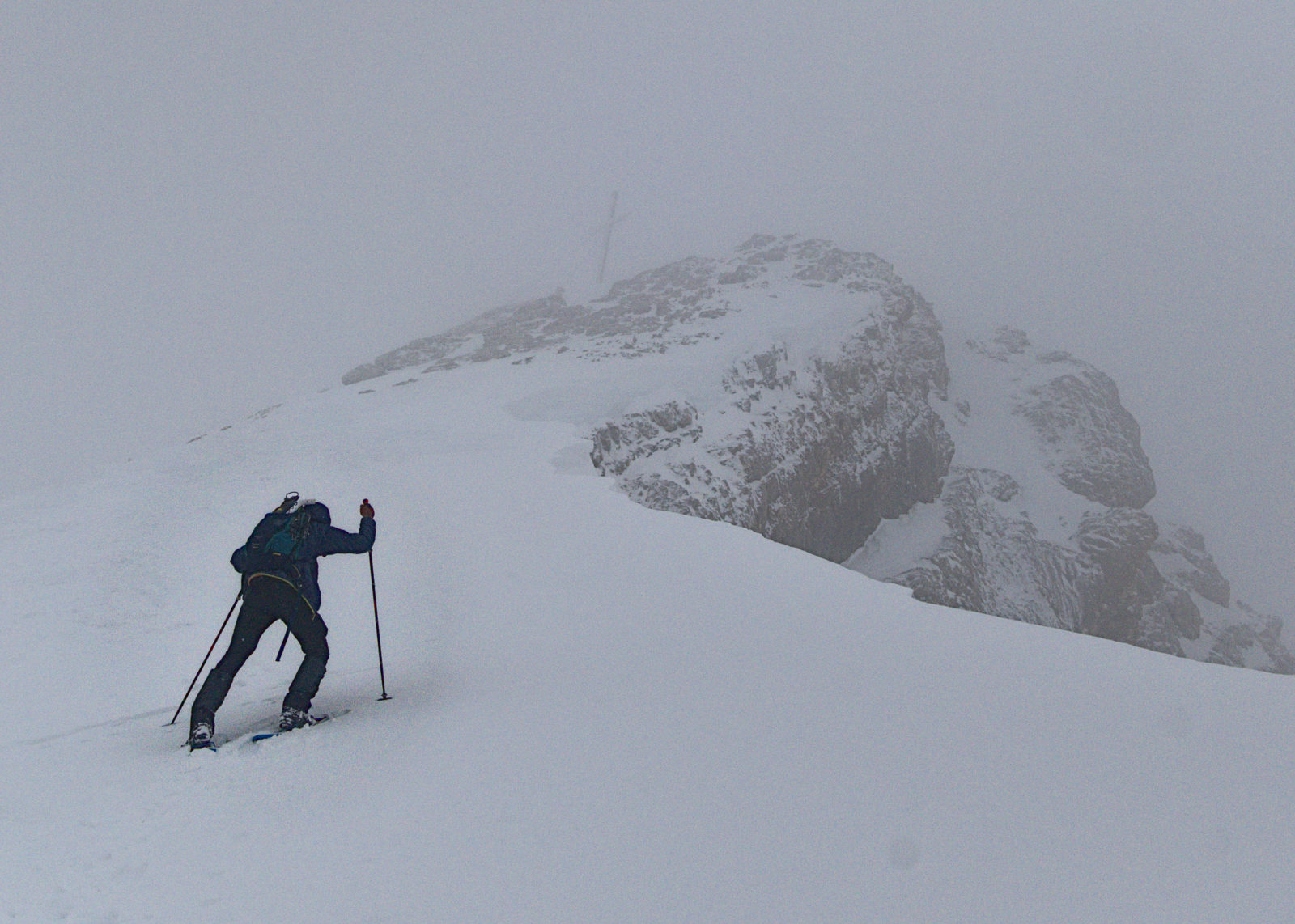 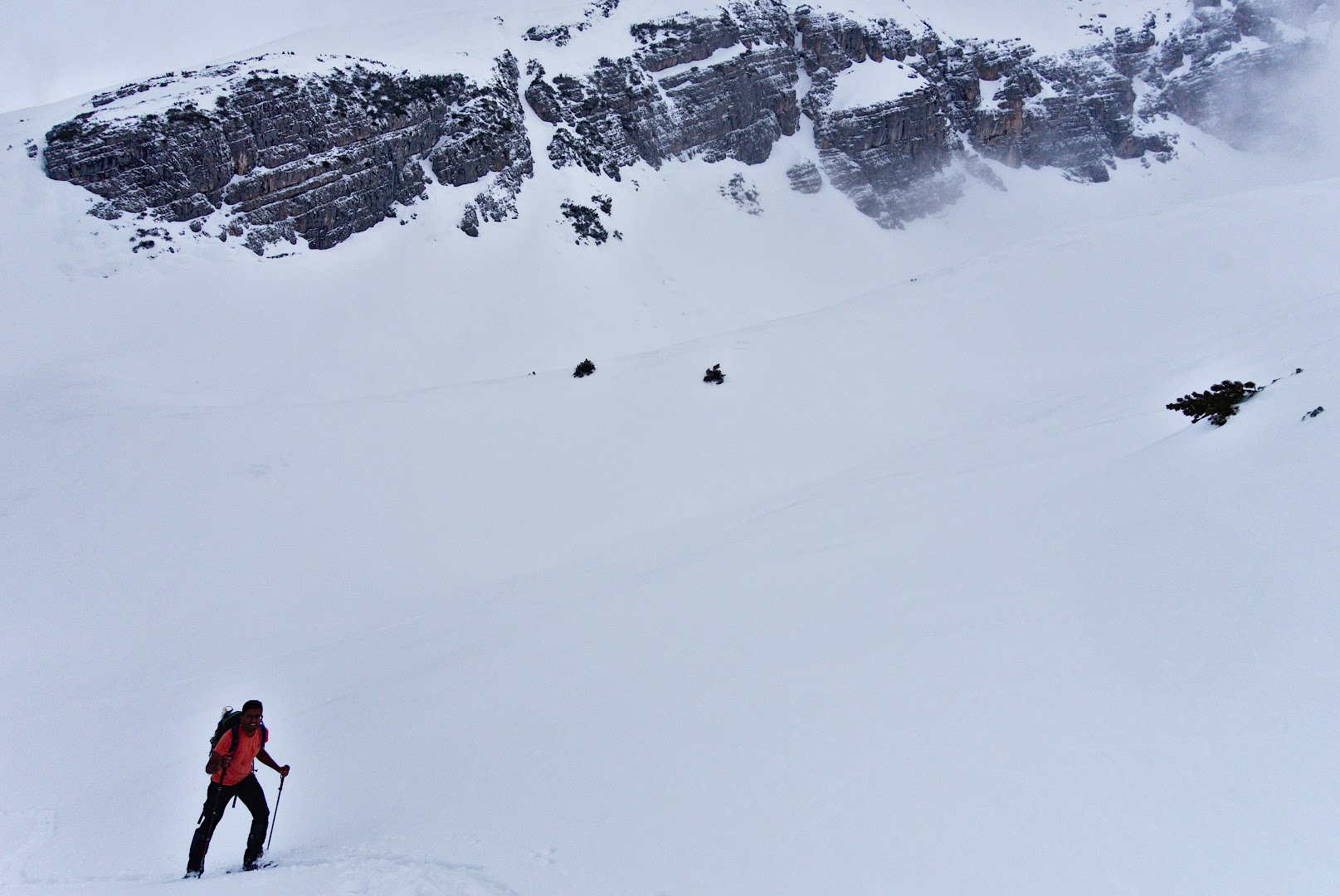 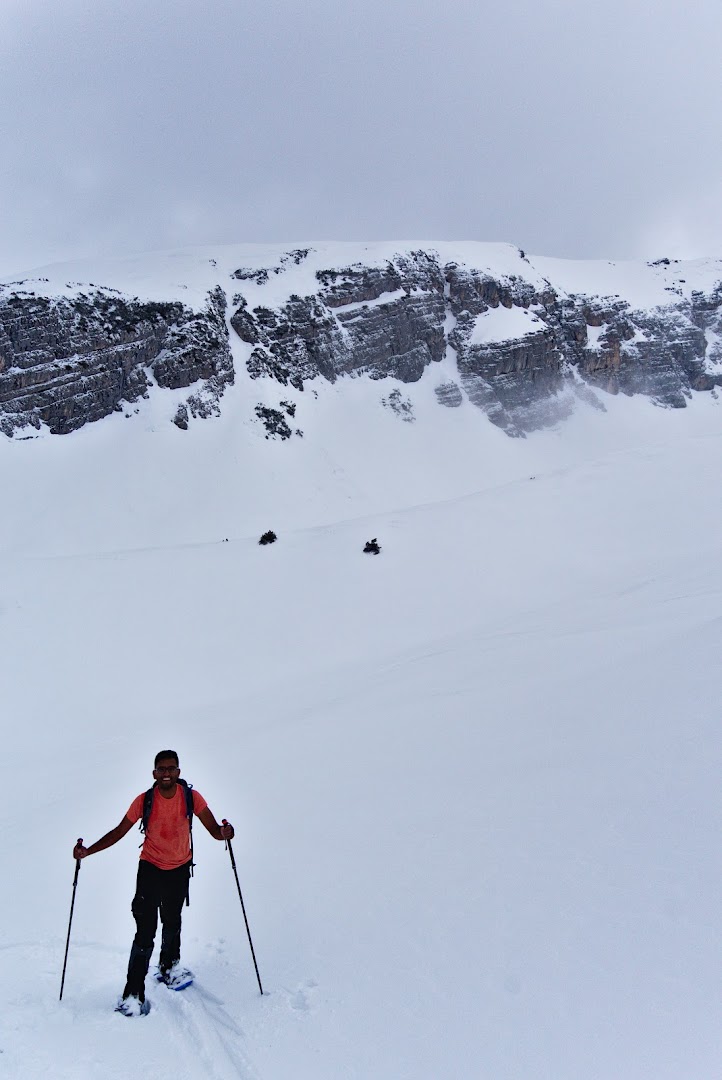 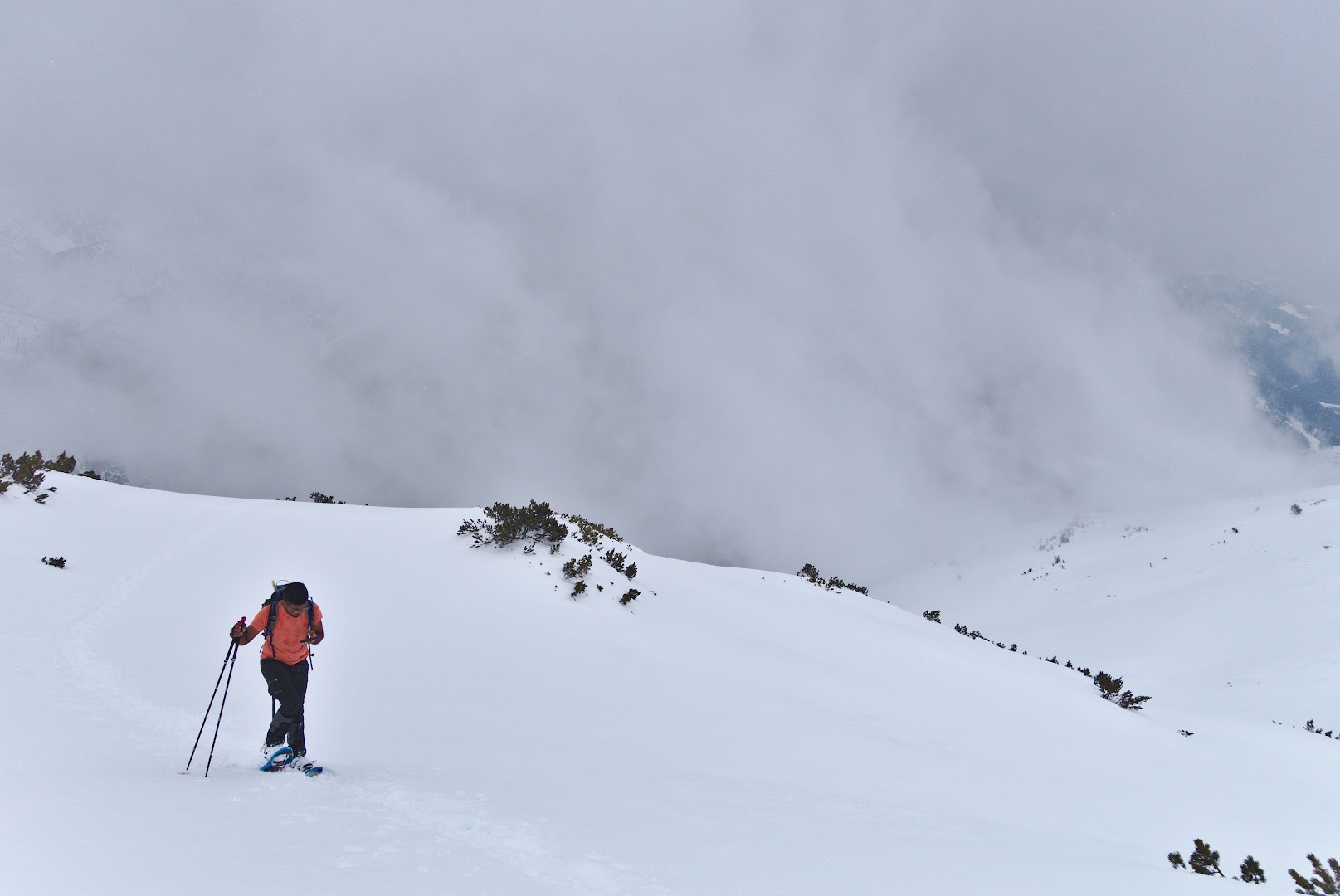 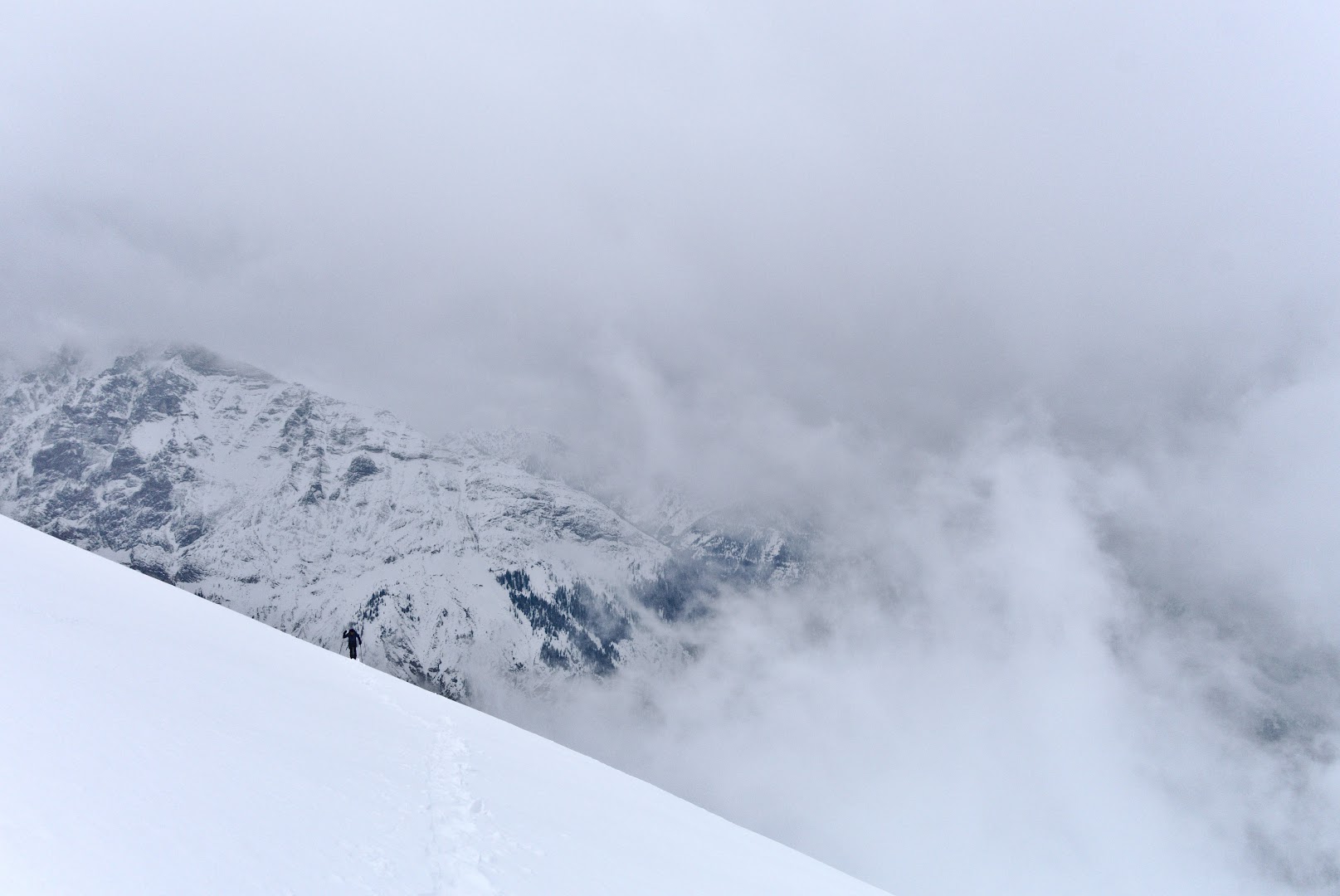 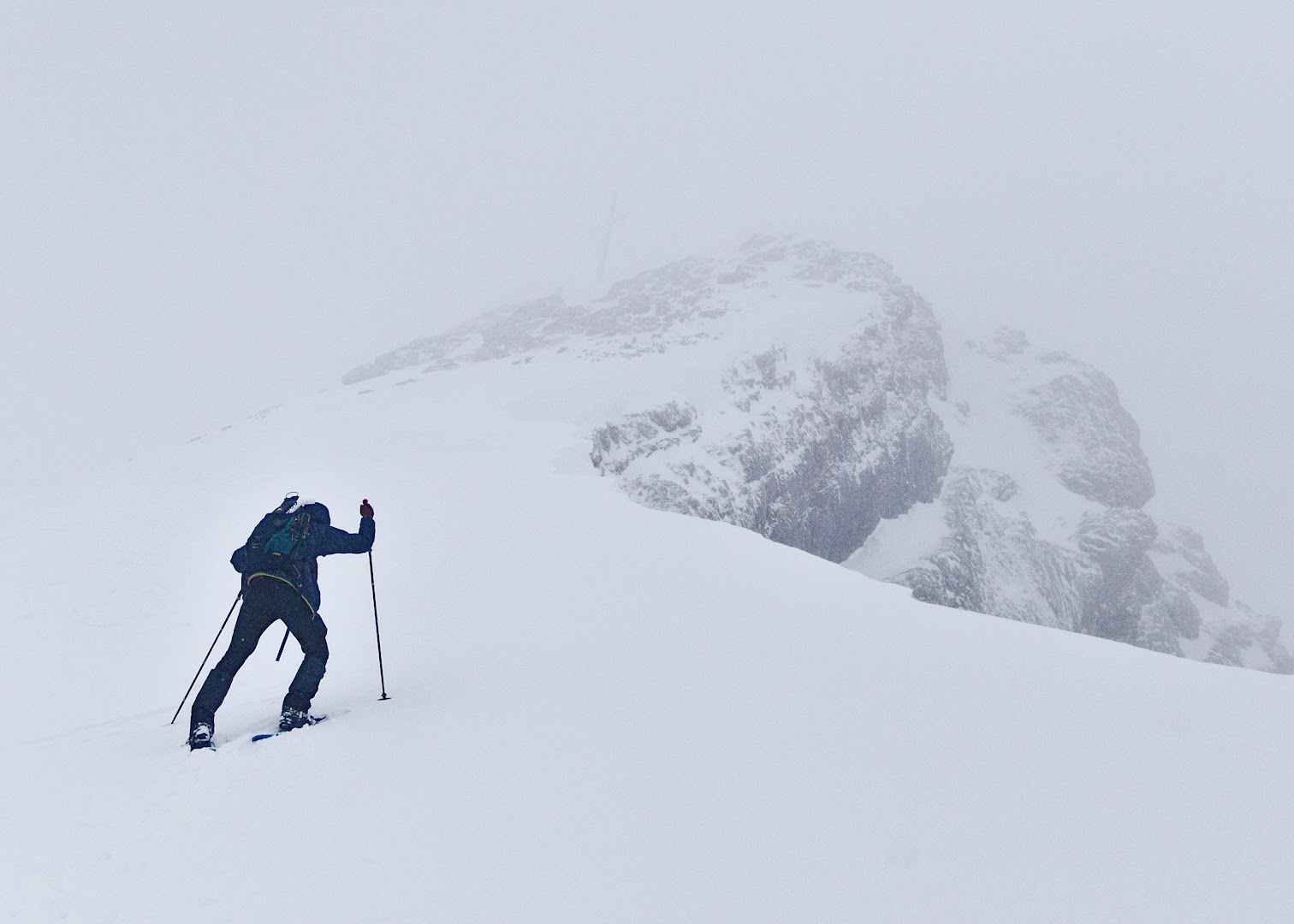 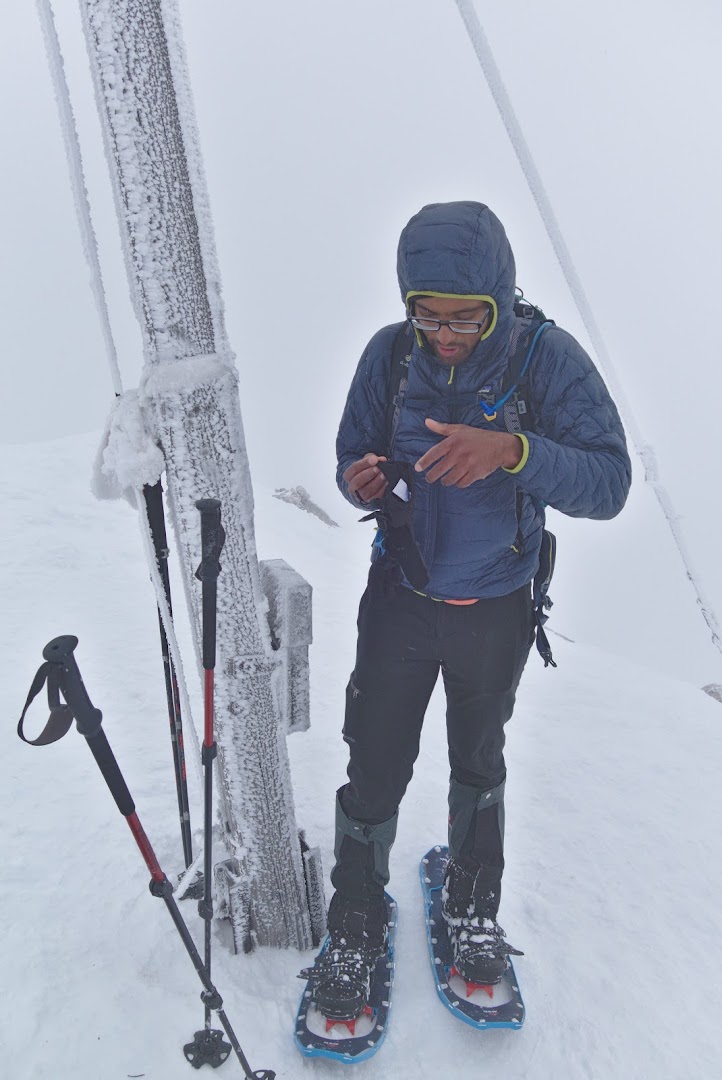 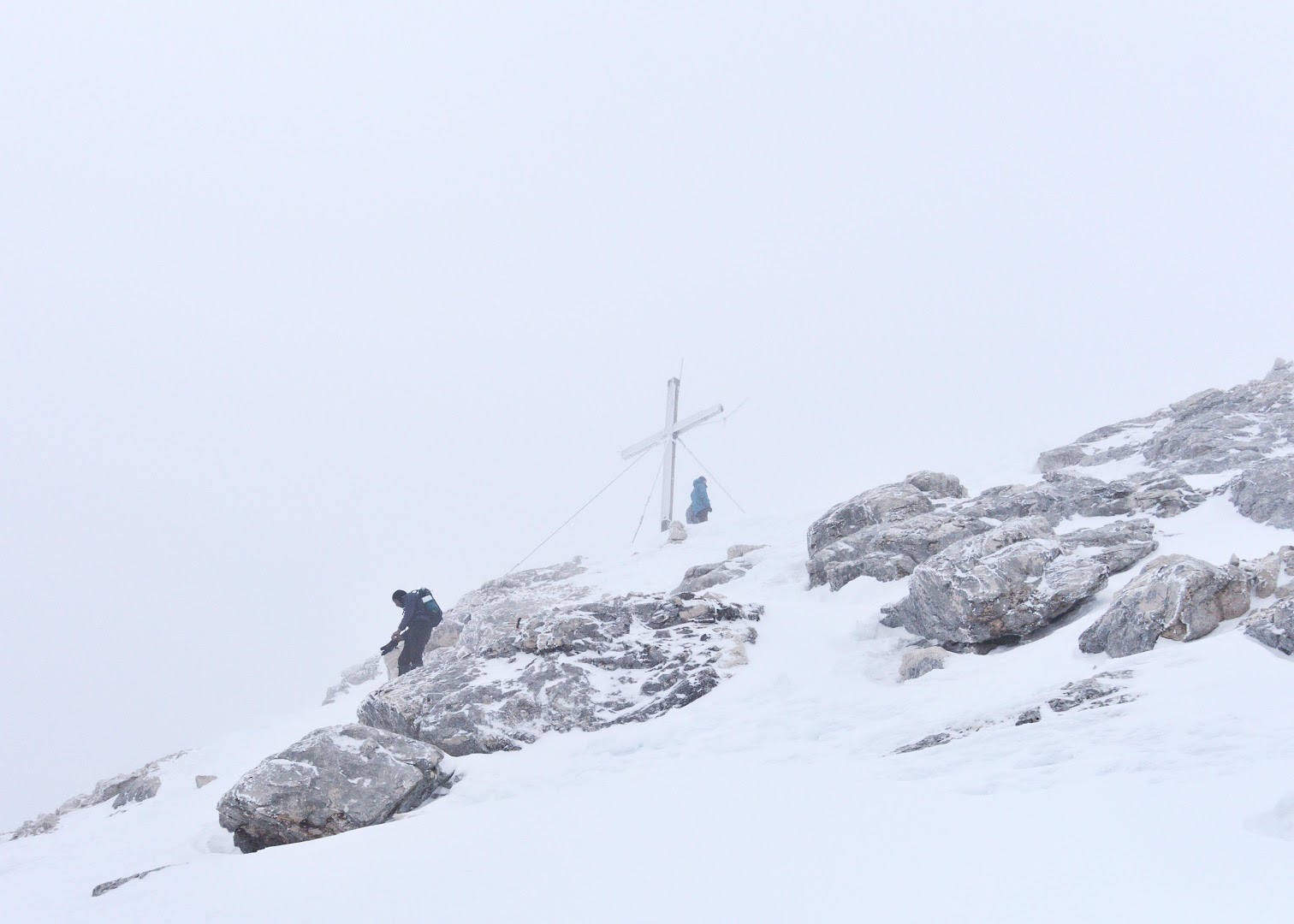 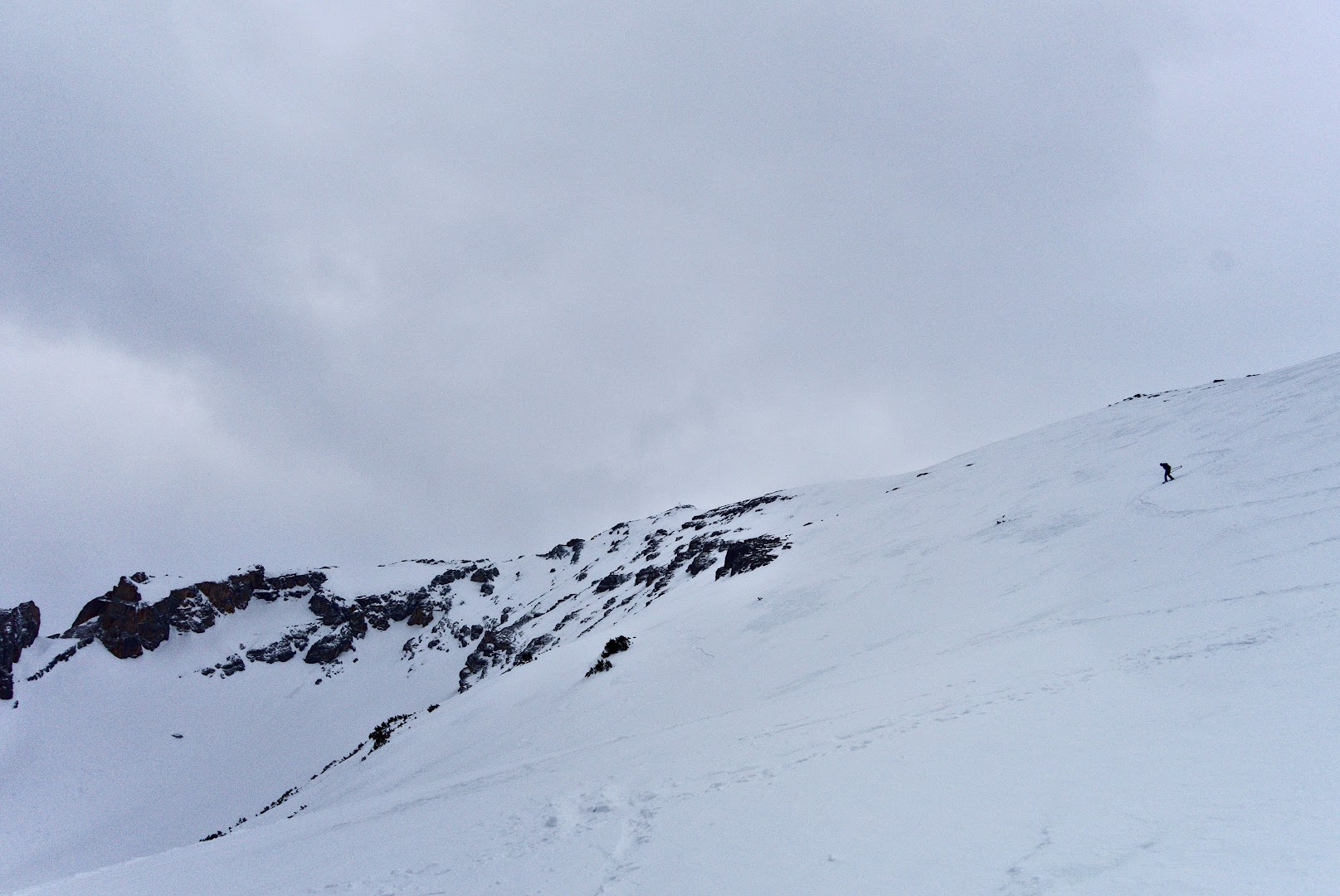 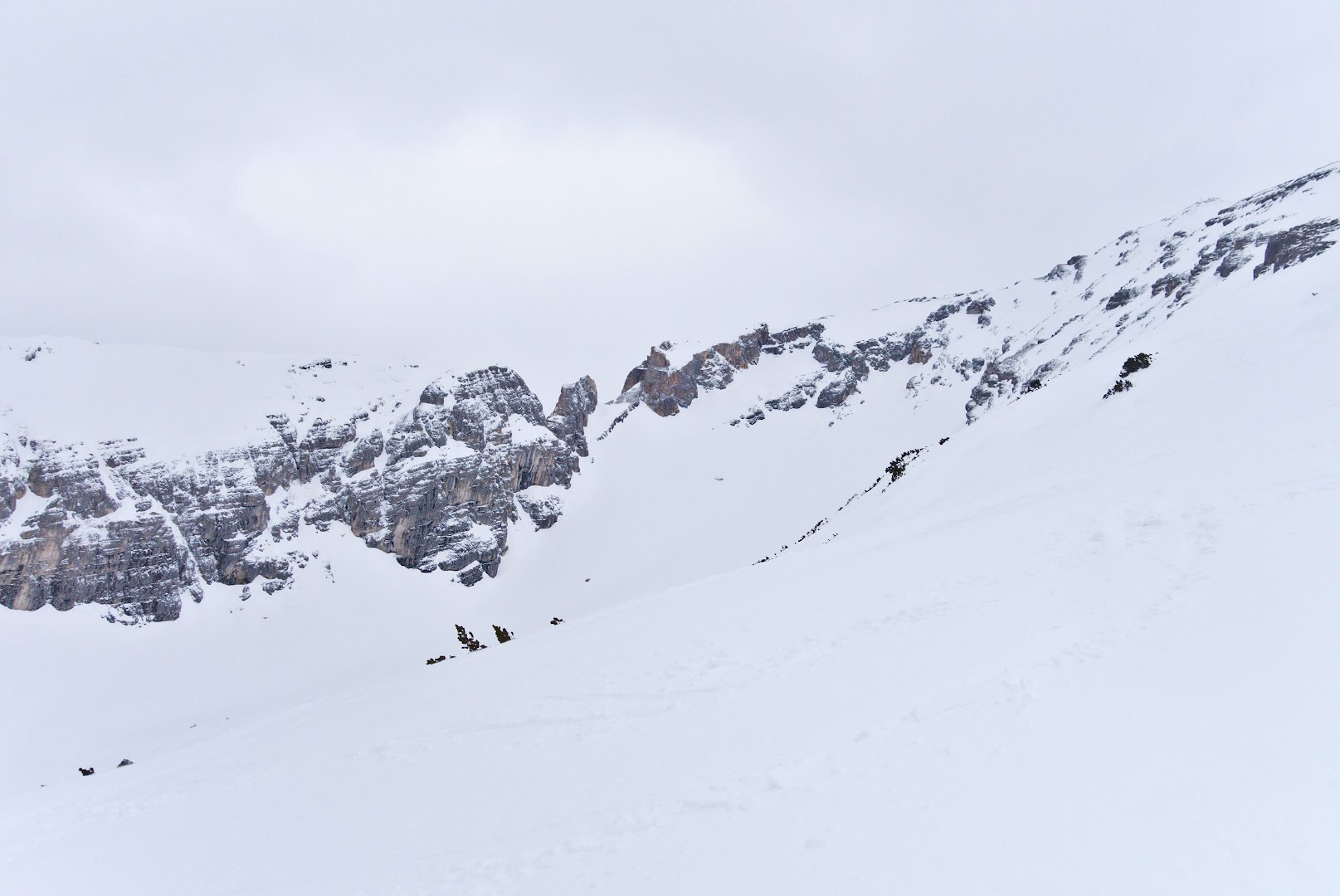 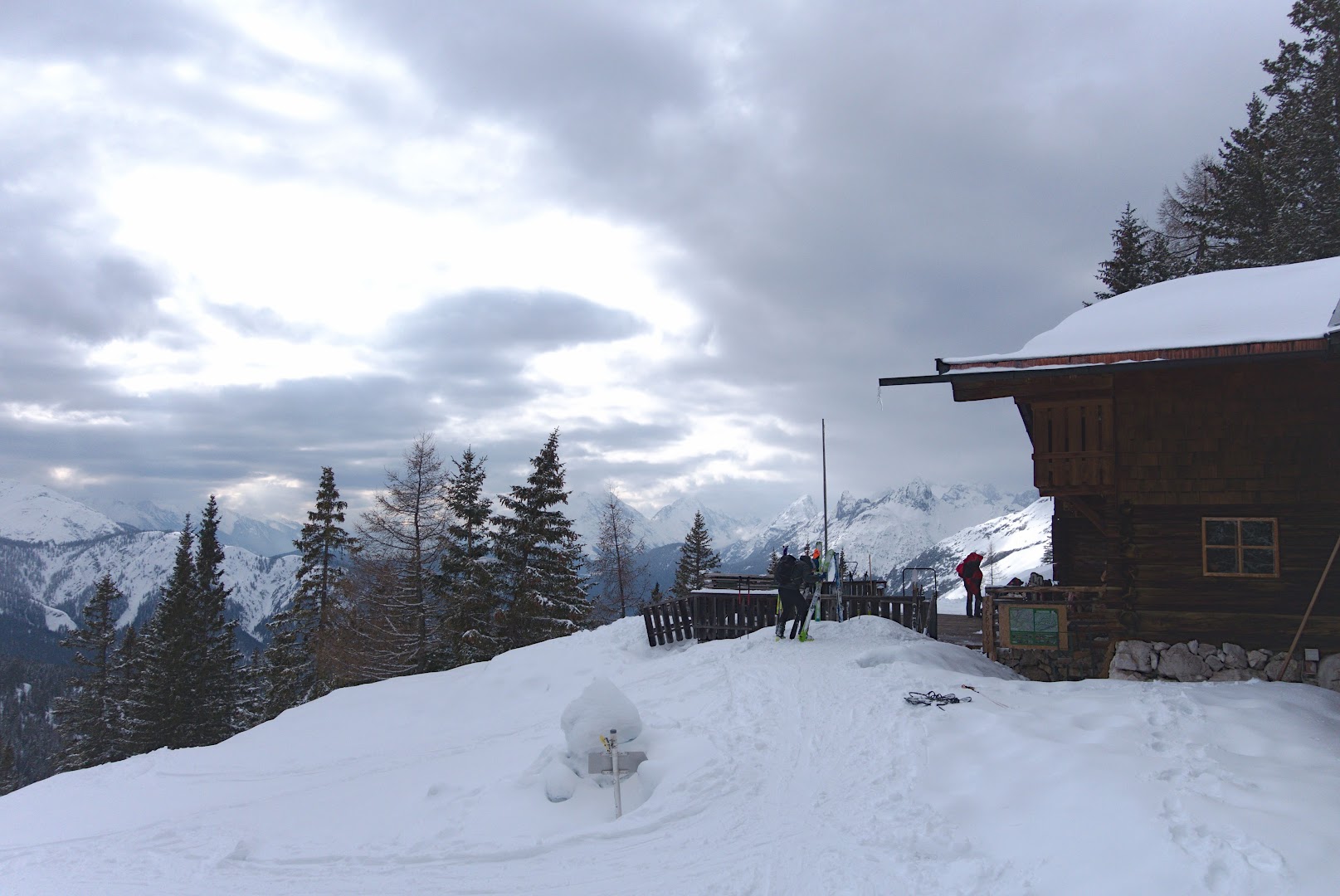 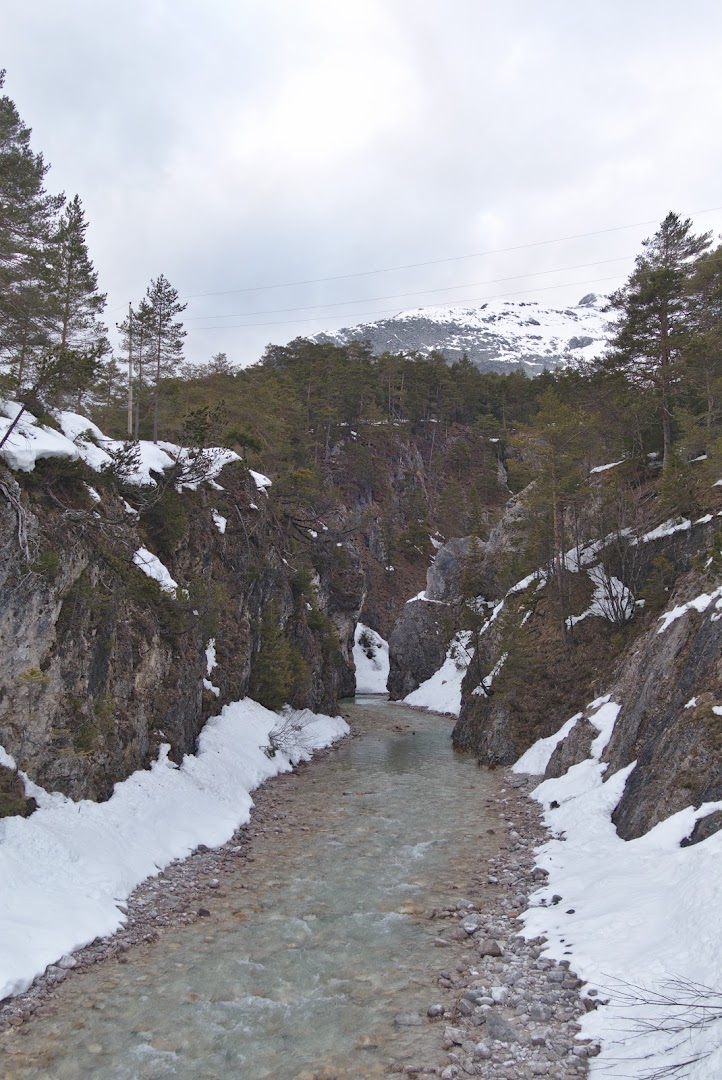 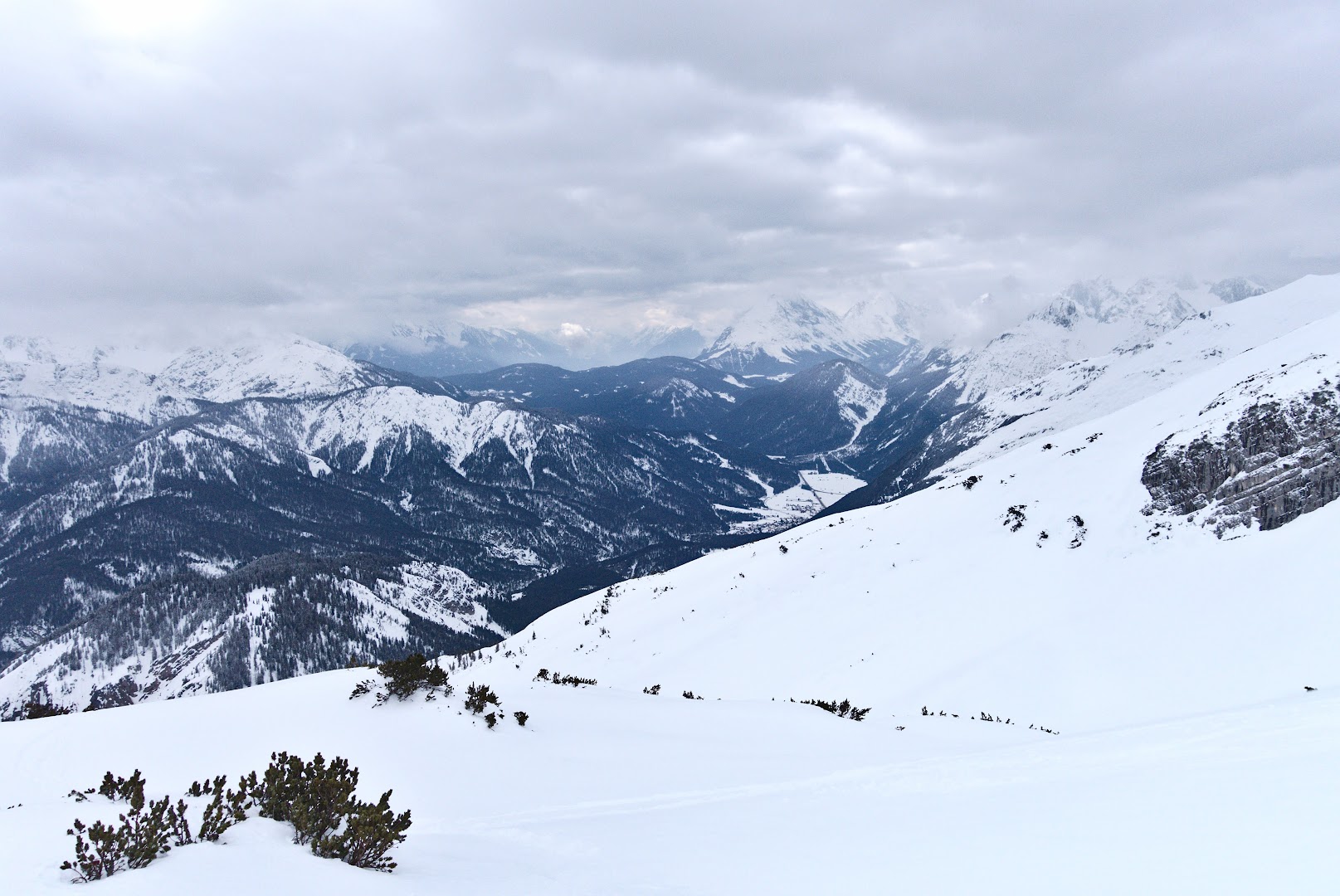 After six days living in Munich, I needed a hike. I met up with Jerome from Munich Hiking Buddies and we took the train south to Scharnitz (900 m), just inside Austria. We set off along the road, before taking an icy track up towards the Plesinhutte. Almost immediately we needed snowshoes, as the snow was soft, and we wound our way up through the forest, dodging sledgers along the way. Soon we were at the Pleisenhütte at the treeline, and we popped in to ask for advice. No problem, declared the owner, and we saw others also heading up and felt more confident.

We set off into the valley about the hut. The route up was by climbing a spur on the south side of the valley, and then ascending the ridge to the top. It was tough going up the side of the spur, with deep snow alternating with hard ice. I opted for the ice, where the grip was better. The visibility came and went, and we tried to follow the trail of skier who went before us. But after a while it became easier to go straight up with heel bars, instead of following the traverse of the skier.

For the last section up, Jerome lead, keeping well away from the cornice on the south side of the ridge. We could see the Gipfel Kreuz for a long time, but it still took a while to reach. At the top the visibility was minimal, so we paused only briefly before heading down.

As we descended, I showed Jerome some techniques for rapid descent, like the plunge step and a sort of low crouch shuffle that’s very effective for zig-zagging down slopes. We rapidly descended as the clouds lifted, giving us an excellent view across the valley and up to the peak. We paused at the hut for deer stew and alcohol free beer before rushing to catch the train home.

And excellent and tiring hike, I must do it again when the visibility is better!

1 thought on “Pleisenspitze: not a bad start”